In Egypt pyramids rise above the sand. Who built them? And why?

The pyramids were built thoundsands of years ago by great kings. The kings called pharaohs. (You said it like this: FA-rows.)It took 100,000 workers twenty years to build the biggest pyramid. But no pharaoh ever lived in a pyramid. How could he? There are no windows and no doors! That's because a pyramid is a tomb. After a pharaoh died his body was put inside it.

Like all Egyptions, the pharaoh believed in life after death. His spirit would live on in the land of the Dead. Life there would be just like life on earth, only better!

In the land of the Dead， the pharaoh could do all the things he loved-ride, hunt, and fish. He could even have parties.

But to enjoy life after death, the pharaoh still needed his body. So his body was wade into a mummy. A mummy is a body has been dried out like a raisin. It will not rot away, King Khufu (you said it like this: KOO-foo) was the pharaoh who built the biggest pyramid of all.

On the day Khufu died, his family was with him. So were priets.

Soon after, aboat took Khufu's body across the Nile River .

Other priests were waiting to make the king's body into a mummy.

It took about seventy days from beginning to make a mummy. First, the undertakers cut Khufu's body.

They left his heart inside. But they took out his lungs, liver, stomach, and intestines. These parts were put into special jars with lids shaped like animals and gods. They would be placed in the pyramid along with the mummy.

Next, the bvody was packed in natron, natron is like salt. After many weeks in natron, Khufu's body was all dried out.

Now the body weughed much less than it had before. The skin was like leather, hard and fight.

The undertakers then tore fine white cloth into long strips. They wrapped the strips around the mummy from nead to toe. Priets in masks watched the work. They said prayers over the body. They placed magic charms and jewels between the strips of cloth.

Then Khufu's mummy was placed on a sled and drogged to his pyramid. A long parade followed.

Deep inside the pyramid, a hallway led to a small room. There the priests said one last prayer for the mummy. The prayer was called the“Opening of Mouth.”Now Khufu would be able to speak and eat again.

Other rooms in pyramid were filled with fancy furniture and jewels. The treasures were for Khufu to enjoy in afterlife.

When all was in place, the hallway was plugged with blocks of stone. The workers left by a secret passage. Then the passage was filled with rocks and walled over. All this was done to keep Khufu' mummy and treasure safe.

After a while, the pharaohs stopped building pyramids. Instead, they built tombs deep underground. The mummies in these tombs looked even more lifelike. Undertakers put stuffing under the mummy's skin. This made fake eyes out of glass or black-and-white stones.

When the mummy was done, its face was painted. Some mummies had fake eyebrows made of real hair.

In the beginning only kings, queens, and very important people were made into mummies. But as time went on, more and more people wanted their bodies prepared for the next world. Some people had their pets made into mummies, too. One man had two animals put in his tomb with him-his dog and his pet baboon.

There were mummies made of other animals, too, like bulls and snakes and even crocodiles. These were to honor gods and goddesses who looked like the anmals.

The god Thoth had the head of bird. The bird was an ibis. So ibis mummies were made.

There were temples in her honor filled with thousands of cat mummies!

Once a mummy was burried, it was supposed to be safe. But was it?

People robbed the tombs. They wanted the treasure.

Some robbers even came to steal the mummies. Many people thought mummies had magic powers. Travels came from far away to find them.

They ground up the mummies and sold mummy medcine. They thought eating mummy powder would make them strong. Instead, it usually made them sick! 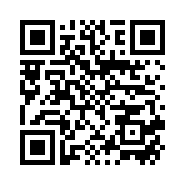