THE EXPLOSIVE POPULARITY of the Maple Leaf Rag, like so many other seminal events in American history, was founded on fortuitous circumstance. The club that inspired the song functioned for only a year and a half. Scott Joplin, the composer, spent only a few years of his life in Sedalia before he moved on to St. Louis and New York . The music publisher met Joplin only by chance; one story has it that he liked the music he heard one day when he stopped off for a beer.

It was in all ways an unlikely combination. And yet it happened - with the result that later this month, Sedalia , Missouri , will be throwing a party to celebrate the 100th anniversary of its most famous export: Scott Joplin's Maple Leaf Rag.

Joplin wasn't the only composer of ragtime in the 1890s, or even the first one. The new music, which blended march tempos, minstrel-show songs, and the "ragged" or syncopated rhythms, was percolating throughout the Midwest wherever African-American musicians gathered. St. Louis and Chicago , with its World's Fair, were magnets for musicians experimenting with new styles.

But Joplin was the decisive ragtime composer, the one whose musical imagination gave ragtime its finest expression. And in the Maple Leaf Rag (named for a short-lived Sedalia social club), he gave the genre its iconic masterpiece. It was also ragtime's biggest hit. The phenomenal success of the Maple Leaf Rag sparked a nationwide ragtime craze. Hundreds and hundreds of rags were published. One entrepreneur even opened a chain of ragtime instruction schools, including a branch in Honolulu . Just as with jazz, rock 'n' roll, and rap, there were those who fulminated against the new trend ("The counters of the music stores are loaded with this virulent poison"). But the tide turned quickly. By 1905 even the President's daughter could be a ragtime fan:

Miss Roosevelt came up [at a White House reception] and said, "Oh, Mr. Santelmann, do play the Maple Leaf Rag for me. . . . " The Maple Leaf Rag?" he gasped in astonishment. "Indeed, Miss Roosevelt, I've never heard of such a composition, and I'm sure it is not in our library." "Now, now, Mr. Santelmann," laughed Alice , "Don't tell me that. The band boys have played it for me time and again when Mr. Smith or Mr. Vanpoucke was conducting, and I'll wager they all know it without the music."

- Recalled by a member of the Marine Band

And ragtime could have been like other fads in popular culture: famous for 15 minutes. But instead, Joplin 's goal of creating works that would be both popular and "art" music seems to echo through American music: in the careers of Gershwin, Ellington, Bernstein, Mingus, Sondheim, and many others. And 100 years later, as some of the following suggests, ragtime continues to revive and reappear, not only in the musical world, but in literature, film, and theater. 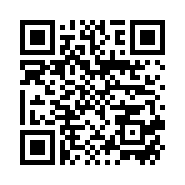